So Far Away (incl. remixes by Nomumbah & Lars Behrenroth) 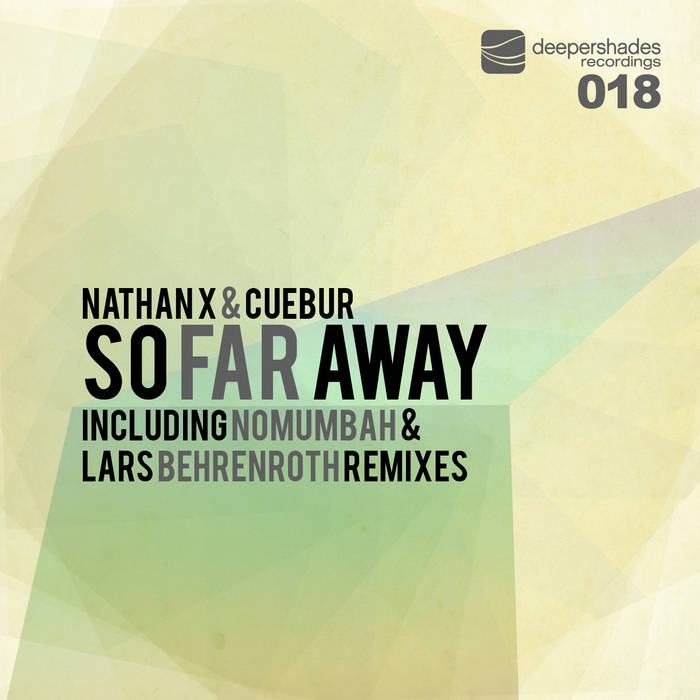 Fresh talent flying under the radar, that's what Deeper Shades Recordings is currently standing for. This time around we found a singer / songwriter from South Africa who will make it far with his unique approach and voice.

Nathan X is a young South African producer/dj/remixer/vocalist, who has been in the music industry for 4 years. He fell in love with the craft while still in high school and started teaching himself how to produce.
His sound has been influenced by the likes of Lars Behrenroth, Louie Vega, Boddhi Satva, Manoo, Kerri Chandler, Abicah Soul, Osunlade, Black Coffee and his life long friend Deejay Cuebur. The latter was also his production partner for this release 'So Far Away' which is essentially a ballad combined with a driving, shuffled afro inspired deep house beat and a killer bassline.

Label owner Lars Behrenroth is back on remix duties to prepare the vocal for the rhythmically straighter dancefloors while Brazilian producers & remixers Nomumbah deliver a vocally stripped version which reminds us of early 90's tunes you just can't pass up.