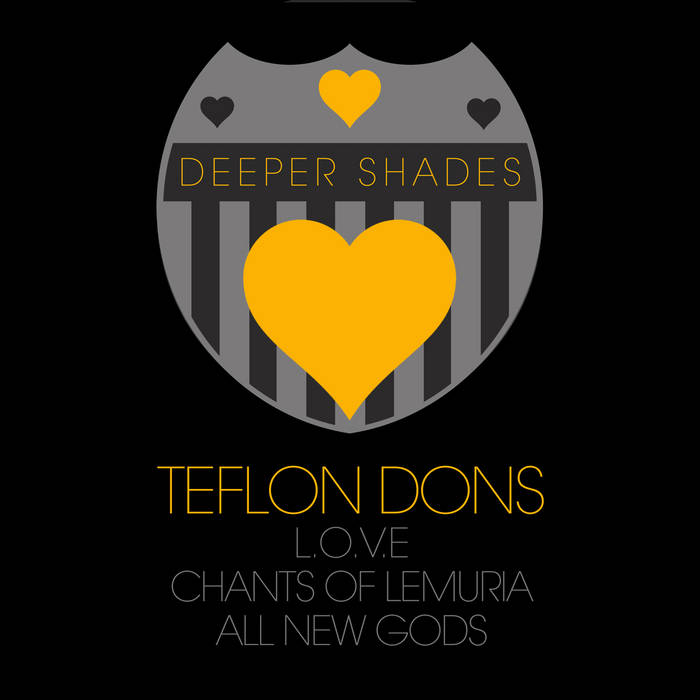 Original 90's House Music now for the first time available in digital format.DEEPER SHADES LOVES...
A new release series featuring 90s house music released previously only on Vinyl. Lars Behrenroth has been diggin' through his secret vinyl weapons and is making them available to the next generation of Djs.

We're kicking it off with the Los Angeles based production team Teflon Dons and three tracks released between the years 1995 and 1999 on Worldship Music founded by Aaron Paar.


L.O.V.E.
This was the last record in the 1st volume of Worldship Singles. A one sided white label with a stamp of L.O.V.E. and the Teflon Dons on it's face. A sonic onslaught of sounds pushed the Dons into a new realm of production. Masterfully mixed down by in house engineer Greg Royal, it hallmarked the Dons sound for other projects above and beyond the Worldship Releases.

Chants Of Lemuria
Released in 1997 as a b side on the Black Corsairs 12. Being the 3rd release, the Dons were hitting their stride pushing the envelope w/Rare Funk and Jazz Samples infused with a gritty house sound. Afro Cuban Jazz fans will instantly recognize the otherworldly flute intro and funk fans should know the familiar chant throughout the track as well.

All New Gods
Was a b side track on the debut white label 12 Planet Eater EP alongside the tracks Planet Eater and Lockjaws Lament. Released in 1995 with a pressing of 500 units, this record established the Worldship sound with it's insert comic book graphic declaring The Worldship is Coming it is now a hard to find record with the only clue being a whitelabel is the worldship 13 etching on the vinyl.