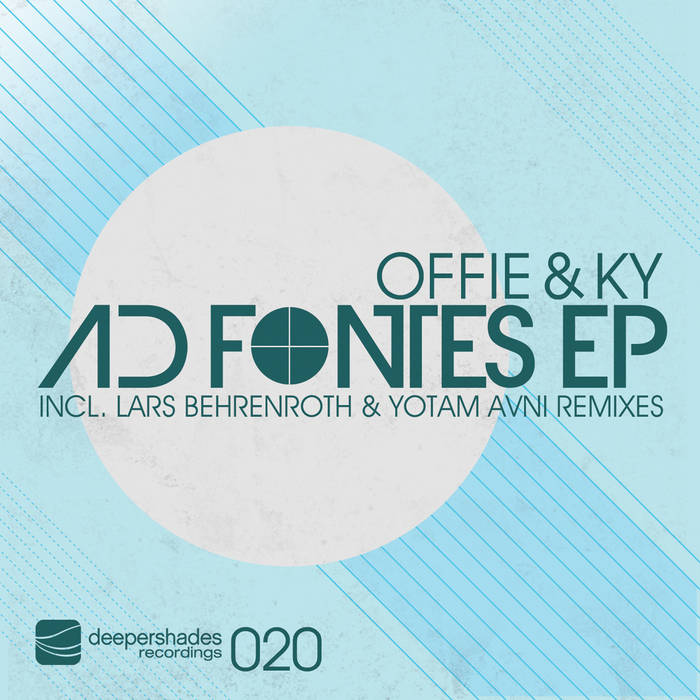 Ad fontes is a Latin expression which means "to the sources" (lit. "to the fountains").

MMM Mathebula aka Clive Staples aka Ky & Offie Nxumalo aka Cooper are two talented producers from one of the fastest growing, “houzified“ city in Africa, Johannesburg. The production team who already released on accomplished label Offering Recordings – owned by Boddhi Satva - came together for this EP under their original moniker Offie & Ky.

Two original hypnotic, deep and emotional tunes each remixed by label boss Lars Behrenroth and Yotam Avni who is known to Deeper Shades Recordings fans for his release "Save The World" on the Various Shades Vol.1